Check your knowledge below. 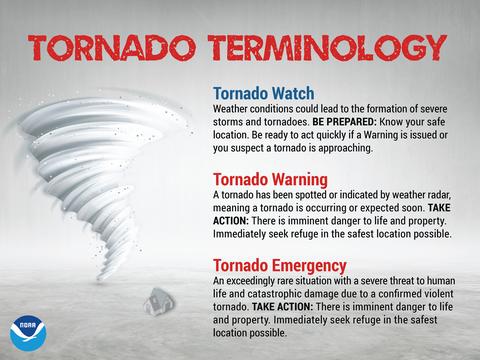 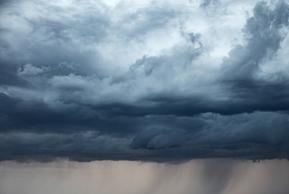 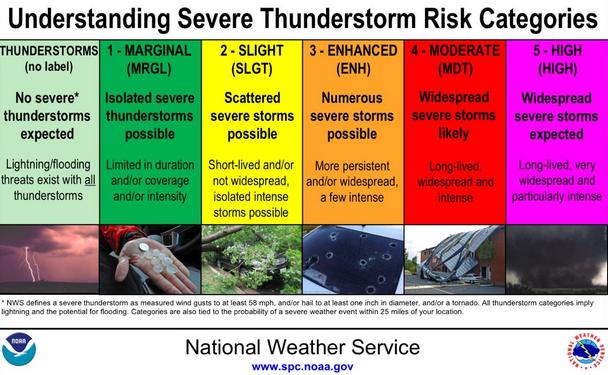 Ever wonder what the meteorologist mean when they post the Severe Thunderstorm Risk?  Click on the picture for a description of each category. 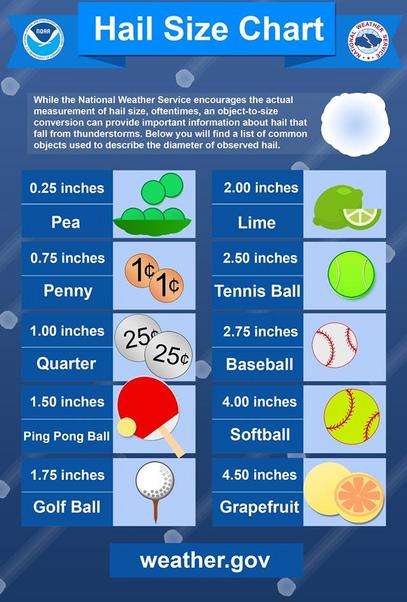 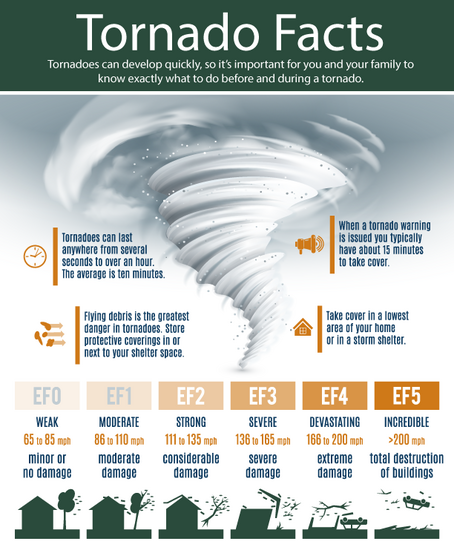 What is a tornado?

Severe Thunderstorm Warning: Take Action! Severe weather has been reported by spotters or indicated by radar. Warnings indicate imminent danger to life and property. Take shelter in a substantial building. Get out of mobile homes that can blow over in high winds. Warnings typically encompass a much smaller area (around the size of a city or small county) that may be impacted by a large hail or damaging wind identified by an NWS forecaster on radar or by a trained spotter/law enforcement who is watching the storm. 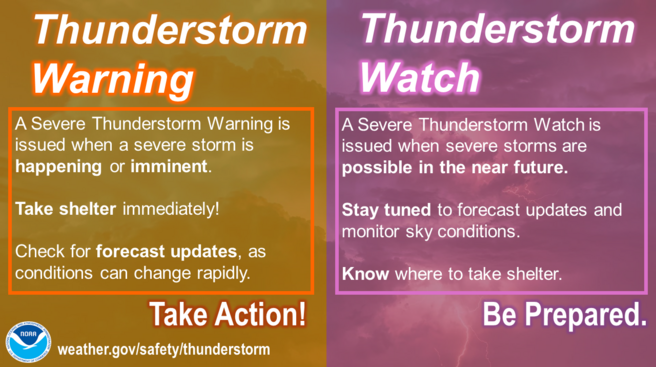 The National Weather Service defines a tornado as

"A tornado is a violently rotating column of air extending from the base of a thunderstorm down to the ground. Tornadoes are capable of completely destroying well-made structures, uprooting trees, and hurling objects through the air like deadly missiles. Tornadoes can occur at any time of day or night and at any time of the year. Although tornadoes are most common in the Central Plains and the southeastern United States, they have been reported in all 50 states." 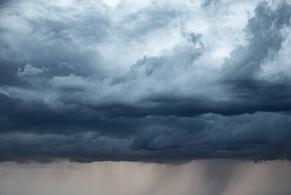 The National Weather Service defines a thunderstorm as:

"Severe thunderstorms are officially defined as storms that are capable of producing hail that is an inch or larger or wind gusts over 58 mph. Hail this size can damage property such as plants, roofs and vehicles. Wind this strong is able to break off large branches, knock over trees or cause structural damage to trees. Some severe thunderstorms can produce hail larger than softballs or winds over 100 mph, so please pay attention to the weather so you know when severe storms are possible. Thunderstorms also produce tornadoes and dangerous lightning; heavy rain can cause flash flooding. These hazards are covered in more detail under the tornado, lightning safety and flood safety websites."

What is hail?
Hail is a form of precipitation consisting of solid ice that forms inside thunderstorm updrafts. Hail can damage aircraft, homes and cars, and can be deadly to livestock and people.

How does hail form?

Hailstones are formed when raindrops are carried upward by thunderstorm updrafts into extremely cold areas of the atmosphere and freeze. Hailstones then grow by colliding with liquid water drops that freeze onto the hailstone’s surface. If the water freezes instantaneously when colliding with the hailstone, cloudy ice will form as air bubbles will be trapped in the newly formed ice. However, if the water freezes slowly, the air bubbles can escape and the new ice will be clear. The hail falls when the thunderstorm's updraft can no longer support the weight of the hailstone, which can occur if the stone becomes large enough or the updraft weakens.

Hailstones can have layers of clear and cloudy ice if the hailstone encounters different temperature and liquid water content conditions in the thunderstorm. The conditions experienced by the hailstone can change as it passes horizontally across or near an updraft. The layers, however, do not occur simply due to the hailstone going through up and down cycles inside a thunderstorm. The winds inside a thunderstorm aren’t simply up and down; horizontal winds exist from either a rotating updraft, like in supercell thunderstorms, or from the surrounding environment’s horizontal winds. Hailstones also do not grow from being lofted to the top of the thunderstorm. At very high altitudes, the air is cold enough (below -40°F) that all liquid water will have frozen into ice, and hailstones need liquid water to grow to an appreciable size.